Virginia’s Historic Triangle is known for its impressive, historic plantations.

Click the links below to find out more about the best plantations around Williamsburg, VA. 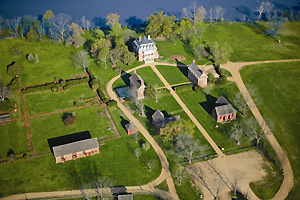 Shirley tells the story of the Hill-Carter family, eyewitnesses to 11 generations of American history. To this day, the 11th generation continues to own, operate, and work this grand southern plantation. Shirley Plantation is Virginia’s first plantation (1613) and one of the first economic engines of the New World. The chronicle of Shirley Plantation best exemplifies the period in our nation’s history between the settlement at Jamestown in 1607 and the movement towards American independence from Britain in 1776.

Today, Shirley continues to be a working plantation, a private family home, a growing business, a National Historic Landmark, and a direct link between the past and the present. 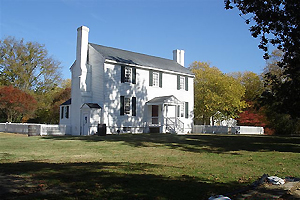 The three wars fought on American soil have all left their traces at Endview Plantation. The Revolutionary War brought 3,000 militia to its fresh water spring. The War of 1812 saw its use as a training ground, while the Civil War found Endview serving as a Confederate captain’s home and a hospital for both sides. Built in 1769, Endview was home to members of the Harwood and Curtis families for over 200 years. An ongoing archaeological program and historic maps have identified the locations of several outbuildings, including a smokehouse, kitchen and barn. Artifacts from the site, as well as pictures and memorabilia of the Harwood family, are also on display. 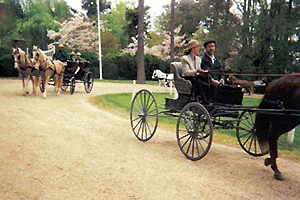 Berkeley is Virginia’s most historic plantation. On December 4, 1619, early settlers from England came ashore at Berkeley Plantation and observed the first official Thanksgiving in America. See the birthplace of Benjamin Harrison, signer of the Declaration of Independence, and President William Henry Harrison, “Old Tippecanoe”. “Taps” was composed at Berkeley when General McClellan headquartered 140,000 Union troops in 1862. 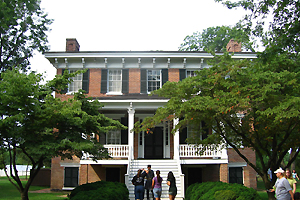 Completed in 1859, Lee Hall Mansion was home to affluent planter Richard Decauter Lee, his wife Martha, and their children. One of the last remaining antebellum homes on the Virginia Peninsula, Lee Hall Mansion was used as a headquarters by Confederate generals Joseph E. Johnston and John B. Magruder during April and May of 1862. Hundreds of artifacts, including a tablecloth from the USS Monitor, are on display in the museum’s 1862 Peninsula Campaign Gallery.

Back to top
mobile desktop